Skip to content
The King Of AR Smart Glasses: Vuzix 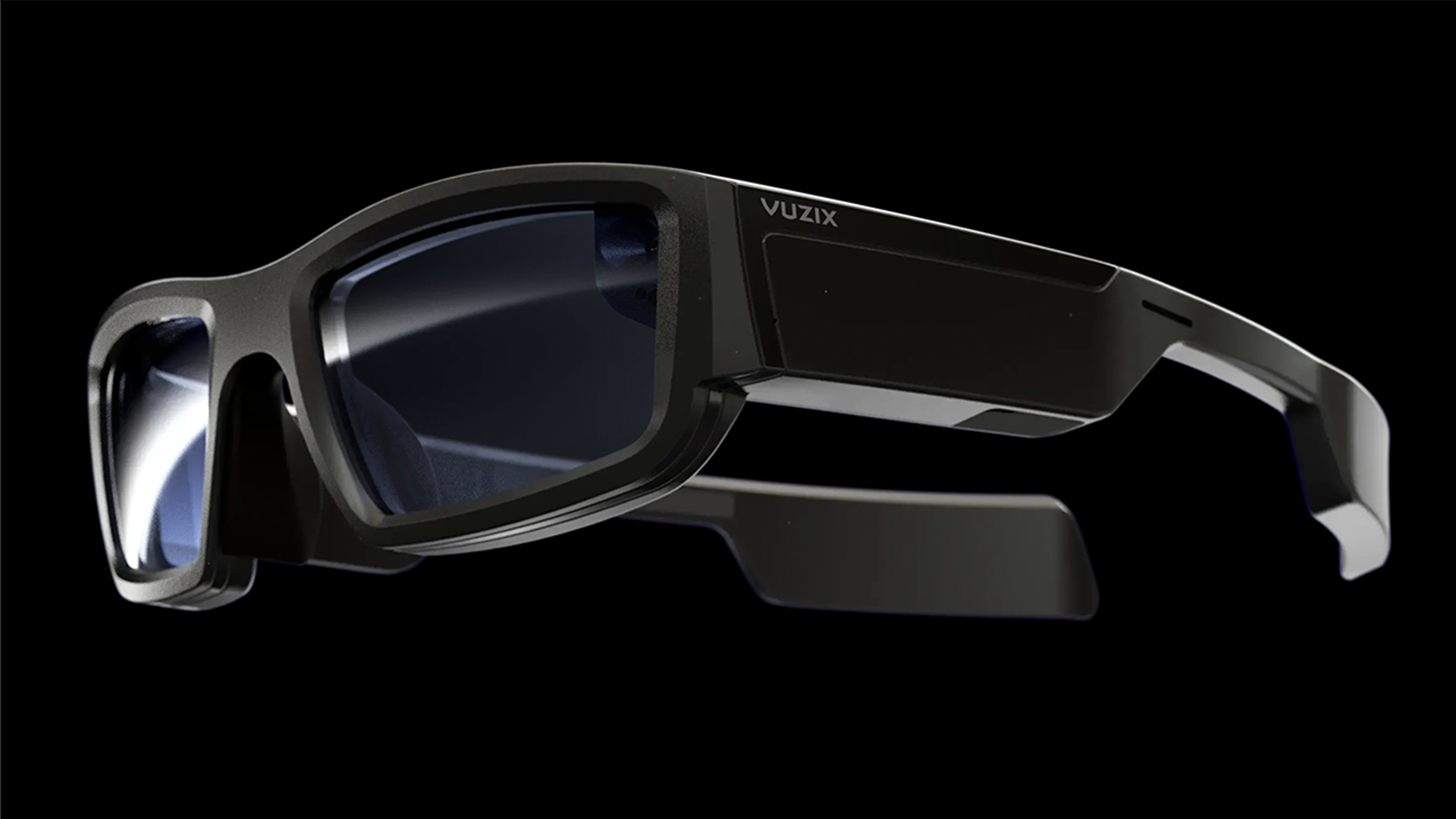 There’s a lot of talk about gearing up for the Metaverse, and which VR standards will be forged by the companies who choose to take part.

But one company is quietly trying to corner the market on a massive chunk of the Metaverse that others have glossed over. They’ve chosen a battleground that not a lot of people are talking about right now: AR.

Augmented Reality (AR) is going to be one of the most common ways that ordinary people interact with stores, attractions, and services in the near future. And although there are several ways to do this, one of the most convenient ways to participate in the augmented world is with smart glasses. Vuzix knows this, and is going ‘all in’ on the heads-up, hands-free AR experience.

What Makes Vuzix So Special?

Although the name might not be familiar to some folks, this isn’t some brand new, fly by night company who suddenly decided to mass produce smart glasses. Vuzix has 25 years of VR and AR experience. They were just using different names at the time.

They started out life as Interactive Imaging Systems, designing one of the first modern consumer VR units. After buying out Forte Technologies for their VR properties such as the VFX1, the company released the upgraded VFX3D.

In 2005 they rebranded to Icuiti, launching their V920 Video Eyewear solution. The rename only lasted for a couple of years however. Because in 2007 they settled on a name that would herald their deep dive into the world of smart glasses: Vuzix.

Since then they’re quickly improved AR technology, launching several wearable see-through headsets with active HUDs. In 2015, Intel bought 30% of the company, providing a much needed cash injection and a vote of confidence that resonated throughout the industry.

So even if you’ve never heard the name before, Vuzix isn’t a new kid in town. In fact, as far as VR and AR are concerned, they’re one of the oldest kids on the block.

But pedigree isn’t the only thing that the Vuzix brings to the table. They have contacts.

Their AR tech has been used by the U.S. military, Raytheon, DARPA, and other government or government-adjacent entities. They’re buddies with Intel, BlackBerry, and – citing the event that made their stock price jump a couple days ago – a nameless, large multinational business with AR warehousing needs.

Vuzix has a few products worth talking about, but let’s focus on the M400 series.

The base model is great for warehousing, collaborative technical projects like modeling or drafting, and any number of office tasks including taking Zoom meetings on the go. It charges off of USB, and gives you the same amount of virtual real estate as a medium sized tablet. It’s running Snapdragon XR1, meaning that they haven’t skimped on AR functionality for office environments.

The M400C, however, is the cream of the crop. The applications currently on the table range from livestreaming your work at 1080p / 60fps, to acting as lab rated safety glasses for clean room environments, to telemedicine uses. They’re lightweight, rugged, and absolutely fantastic.

Those are the products that are available right now. And as cool as they are, they aren’t even scratching the surface of what Vuzix will be capable of in short order.

The Atomistic SAS Deal Will Lead To Mindblowing Mixed Reality

A couple months ago, Vuzix announced a partnership with Atomistic SAS to develop a fully integrated color MicroLED Microdisplay for AR glasses. This means that the display hardware will be about the size of a pencil eraser. No additional backlighting or projection lighting will be required; that means no heavy arm strapped to the side of your head. It also uses zero-pixel-waste technology, so only the specific dots that need to be illuminated draw any power. Thus, no big battery is required. For all intents and purposes, these are going to look like a normal pair of glasses.

Combine this tech with the new Snapdragon XR2 standards, and you’ve got one of the most banging mixed reality products on the market: 360-degree visuals with 8K resolution at 60 FPS, 3D video passthrough, 4k streaming at 90 FPS, and direct 5G connectivity.

Best of all: You’ll have your choice of vendors for these advanced smart glasses. Vuzix has started an OEM division that will license out their next gen AR and mixed reality tech to all of the big players in the Metaverse.

The timing for this partnership between Vuzix and Atomistic SAS, and the release of the new Snapdragon developer’s kit, couldn’t be better. Vuzix is now in pole position to become the biggest name in AR, and a shot caller across the entire enhanced reality spectrum.

What Connects Lightweight AR Glasses To The Metaverse?

That might seem like a strange answer, given that the VR portion of the Metaverse will provide an out of this world shopping experience (literally in some cases) .

However, the reality is that there will still be plenty of physical storefronts out there in the world. The enhancement that these next-gen Vuzix AR glasses can bring to a ‘normal’ shopping experience cannot be understated.

On the customer side, instant price comparisons will be available. Sourcing information for conscientious buyers can appear upon request, allowing more people to shop locally and ethically. Instant product and stock searches will save an immeasurable amount of time.

On the service associate side, looking up tech specs will be a breeze. Glancing at a barcode will provide answers to all of a customer’s more common questions. They’ll be able to focus on service and interactivity without having to memorize a dictionary worth of minutia for every product. A good set of inconspicuous, lightweight AR glasses can be a gateway to a new level of confidence and competence in just about any customer service related profession.

All of this has direct ties to the greater supply chain, and of course a company’s Metaverse presence. 3D virtual demos will be available on demand. Customers will be able to effortlessly arrange delivery orders from a company’s central online warehouse if they have no way to get large products home. Virtual fitting rooms can replace the somewhat grody experience of trying on various sizes in the store. The sky’s the limit.

If the realm of AR Smart Glasses will be ruled by Vuzix, either directly or via their OEM program, they might become an unexpected shotcaller in the emerging Metaverse landscape.

It’s an odd trend that we’re seeing. Nobody would have expected Pixar to have such a big role in the future of the Metaverse, but everyone is embracing Universal Scene Description as a de facto 3D standard now. OpenXR was just another open source project until Valve, Facebook, and Microsoft all jumped on board.

So maybe the Metaverse won’t be all about the titans of tech building their spires ever higher. Maybe, just maybe, it will be an opportunity for the clever underdogs to make their indelible mark.